Posted on April 30, 2012 | Leave a comment
I came across this opportunity when I spoke at Parent Autism Education Night at Anaheim City School District last week.
Your child may be eligible for this study if:
Please see attached flyer for more detailed info. Thanks!Smooth Sailing Flyer-NEW

On Wednesday, April 25, 2012, at 7 p.m. I’ll talk to parents in Anaheim about the importance of visual supports in the lives of individuals with autism spectrum disorders.  I will share easy, practical ideas for parents and educators.

TIP OF THE WEEK: People with autism need routine

One of the most critical and significant things parents can do for their child with an autism spectrum disorder is to provide a strong routine at home. Allowing events to happen the same time each day will help your child tremendously. Visual supports such as schedules, checklists and timelines help illustrate consistency to individuals with autism. When they are able to better understand and be prepared for what’s going to happen next, anxiety lessens and they can adapt more easily to the environment.

As parents, we have to be aware of bullying — both perpetrated at and by our kids. And it’s not always obvious. The subtle actions of rejecting our kids or not including them — or simply ignoring them — can be just as hurtful as beating them up or pushing them down. 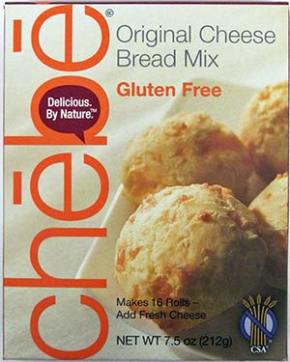 This is a great day! Last night was Report Card Night at our son’s high school and we had the opportunity to speak briefly with all his teachers about his progress thus far. With most of his freshman year under his belt, the message from all his teachers had a similar chorus that was pure music to our ears: growth and improvement from the beginning of the year. Hallellujah! Look ma, no hands!>

Fortunately, academics aren’t his struggle. [Well, for the most part; I’d love to see better grades in Algebra, but I’d also love to have zero percent body fat. I don’t. So we’ll deal with it.] But interpersonal communications is an area that he struggles with. While he rarely communicated his needs/questions to teachers in the first half of the year, now he regularly checks in and lets them know his plans. His foreign language teacher sang his praises for being a student who can focus and complete his work when asked. In another class he would have more run-ins with other students. Now their behaviors don’t seem to bother him as much; he’s better able to roll with the punches. And in an online course that he struggled with because of its lack of structure—structure that he needs—we worked to build a structure for him. Once in place, his F soared to a B. And his English teacher appreciates the strides he has made in being able to plan out his projects and manage his time.

These are huge issues. For any student. But they take on a new level of significance when the student has ASDs. So that’s why today is such a great day. My kid is learning how to survive—no, thrive—in high school. And there is a host of teachers who’ve attested to his growth. Rock on!

On Wednesday, April 25, 2012, at 7 p.m. I’ll talk to parents in Anaheim about the importance of visual supports in the lives of children with autism spectrum disorders.  I will share easy, practical ideas for parents and educators, such as using visual prompts, schedules and much more!

Posted on April 15, 2012 | Leave a comment
Think It By Hand [www.thinkitbyhand.com] has joined forces with University of California, Irvine in a project that will evaluate how easily and effectively students with high-functioning autism [specifically students in 4th, 5th and 6th grade] interact between hands-on teaching aids and touch-screen technology in the subject area of math.
They need four [4] students [4th, 5th or 6th grade only] for a 30- to 40-minute usability study on a Saturday in May. Exact date and time not yet determined.
Here’s the best part. At the end of their visit, each student will receive two unrestricted movie passes.

This is a first-come, first-served opportunity. For more information or to schedule your student, contact Guy Foresman directly.  guy@thinkitbyhand.com.

Book Recommendations for Parents and Kids

This is one of my favorite websites — http://www.aapcpublishing.net/books.php — as they have wonderful books and resources for parents and kids. My son has been enjoying books I’ve purchased from them since he was in 2nd grade [he’s now a high school freshman!].

Some of our favorites:

Let me know if you are interested in other book suggestions.

New studies suggest mutations in the exome play a significant role in autism.

Yet another interesting study. A sweeping study of hundreds of families with autism has found that spontaneous mutations can occur in a parent’s sperm or egg cells that increase a child’s risk for autism, and fathers are four times more likely than mothers to pass these mutations on to their children, researchers said last week.
Source: Reuters Health

But as the mom of a teenager with autism, I’m more keenly interested in services and therapies developed and provided for the multitude of individuals now existing with ASDs. But an informative article, nonetheless.